RENEWED INTEREST IN GOLD AS A FINANCIAL ASSET

You may be among those investors who had the opportunity, but did not seize it, to buy gold cheap in the early 2000s. You may also be willing, but hesitant, to do so at current prices, while still desiring the "anti-crash insurance" it represents.

However, you should be aware that the yellow metal is increasingly valued as a reserve asset, which will tend to push the price up, independently of all other factors. Due to new regulations, you may also have to bid in the future alongside financial institutions, including several banks, to acquire it.

First, let's take a step back, at least as it regards central banks' attitude towards gold. The fact is that it has considerably changed. Central banks, which had sold gold for decades, have become – for the "first time in 21 years", dixit the World Gold Council – net buyers in 2010, i.e. the total quantities purchased by them have exceeded the quantities sold.
Net Purchases (Green) / Net Sales (Red) of Physical Gold from the Official Sector

The official sector is comprised of central banks and other official institutions.
Source: World Gold Council
So while central banks fueled the supply of gold by 400-500 tons per year on average between 1989 and 2007, they are now increasing demand by the same factor. If this trend is to gain momentum due to the current crisis, the price of gold could soon become inaccessible to individual investors.
But central banks are not the only ones. There is also a renewed interest in gold as a safe and highly liquid asset, and this for two reasons:
First, physical gold is increasingly accepted – and therefore sought – as collateral in cases, for instance, of margin calls or securities loans. A growing number of clearing houses – such as CME Group (including its branch in Europe), ICE Europe, or LCH Clearnet Group - or of banks, like JP Morgan, now accept physical gold as collateral on their own.
Added to this is the willingness of public authorities – in line with the G20 meetings in 2009-2010 – to regulate the OTC derivatives market, including the eligible collateral that market intermediaries and central counterparties should accept. Thus, for instance, the new EU regulation on market infrastructure adopted last summer explicitly lists physical gold among the types of eligible "highly liquid collateral with minimal credit and market risk," alongside cash or government bonds. Scheduled to become fully operational in the summer of 2013, this regulation may have a clear bullish impact for the gold price in the longer term.
Second, commercial banks could also be a source of additional demand for the yellow metal due to the intricate regulation trying to transpose the so-called "Basel III" regulatory framework. Among other things, this framework introduces new criteria such as liquidity coverage ratios, requiring banks to hold certain assets considered highly liquid to serve, presumably, as a buffer in case of a liquidity crisis.
Despite its long history as a safe haven and its high liquidity (even during war times), gold was not originally included as part of those assets in Basel III, nor in the legislative package destined to its implementation in the EU and originally proposed by Brussels. The European Banking Authority, the European Securities and Market Authority, and the ECB are supposed to transmit to the Commission no later than June 30, 2013 a report that defines which assets should be considered, in their bureaucratic jargon, of "high and extremely high liquidity and quality."
The amended proposal by the European Parliament and the EU Council explicitly states in that regard that "it shall be assessed whether gold or other highly liquid commodities (...) can be considered" as such liquid assets.
Debates about the legislative package are still in progress, and the vote in Parliament is expected before the end of the year (with entry into force in 2015). But if gold is included in the finally adopted regulation, it will mean that in the next few years, the commercial banks could be compelled to buy gold just to meet their legal liquidity ratio requirements.
If you have not yet purchased your "anti-crash insurance" but you are willing to do it, you should follow closely those regulatory developments and act before they become fully effective. If you think the current price of gold is too high, wait to see what will happen when commercial banks start rushing to buy it too.
Valentin Petkantchin is a French economic and financial analyst. He holds a PhD in Economics from the University of Aix-Marseille III and is most recently the founder of the Economic Education Initiative (www.economic-education.org), a project aimed at publicizing sound economic thinking through comic books and cartoons.

INDEX
Posted by Dina Talib at 10:03 AM 4 comments: Links to this post

This is the gold price chart  today. 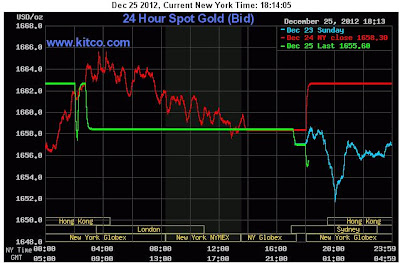 A good price for you to own your first gold bars or dinar. What are the prices for the gold bars & dinar? 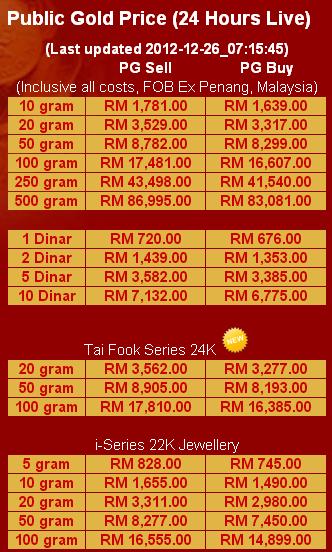 Please bear in mind that the price is live prices. It will change every 20 minutes. Please see the right hand side of this page for updated price. The price above is good at the point of writing for 20 minutes only.

The price is cheapest for the last 4 months.

You don't believe me?  See below. The numbers speaks louder than words. 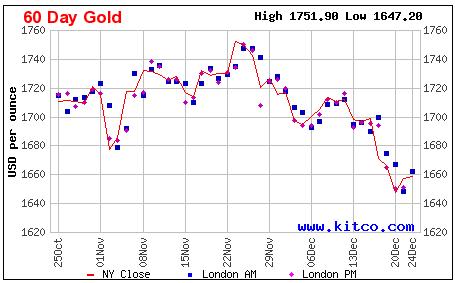 Please read my other article at INDEX

INVESTING IN GOLD AND SILVER - WHY THIS IS A GOOD IDEA TODAY?

Are you interested in investing in gold? How about investing in silver? Either way, you are on the brink of making a good financial decision. A growing number of people - from one side of the world to the next - are investing in both gold and silver. While this may not be something you have considered in the past, there are reasons to give this a try in the future. You may be surprised to find that this is just what you have been looking for in terms of an investment.

Here are five reasons why you should at least consider investing in gold and/or silver:

1. History proves you can make money with these investments. With this in mind, you don't have much to lose. This is not to say that gold and silver prices will continue to go up, however, there is a good chance that this will happen. Historical data backs up the fact that this is a good investment.

3. Easy to purchase online. Many people are under the impression that buying gold or silver is a difficult process. This may have been the case in the past, but in today's day and age you can easily do this if you turn to the internet. Does it get any better than that? It does not take much to make a purchase online. All you have to do is find a reputable seller, decide what you want to purchase, and then move forward from there.

4. Lots of information to rely on. With many investments, you may be intimidated because you don't really know what you are doing. The same is not going to hold true with gold and silver. Instead, you can do a lot of research online to ensure that you understand what you are up against. Most people agree that this is better than investing in something that they don't understand, such as stocks and bonds.

5. Easy to sell in the future. If you think it is difficult to sell gold and silver you are mistaken. You can find a buyer easily enough if you put your mind to it. This makes gold and silver a "liquid" investment, for the most part.

These are just five of the many reasons why investing in gold and silver is a good idea. Can you think of any other reasons to consider this type of investment? If nothing else, take the time to learn more. You may be surprised at what you find along the way

Who knows, there may come a time when all you want to invest in is gold and silver. This is a change to your style, but one that could payoff in the long run.

Original article
Posted by Dina Talib at 2:48 AM 6 comments: Links to this post

Posted by Dina Talib at 3:30 AM 2 comments: Links to this post

GOLD TRADER BACK ON TRACK

Posted by Dina Talib at 2:14 AM 2 comments: Links to this post 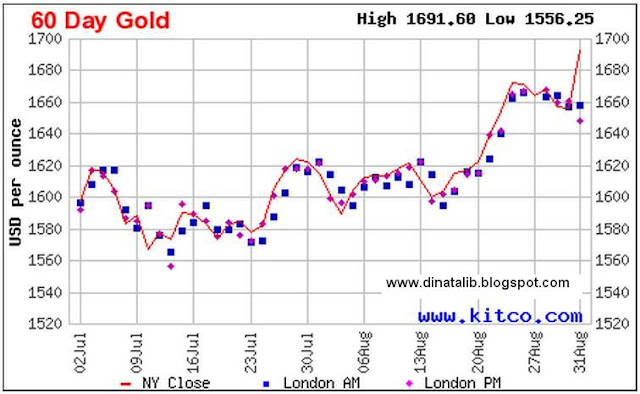 Facts speaks louder than words.
Happy investing to all. 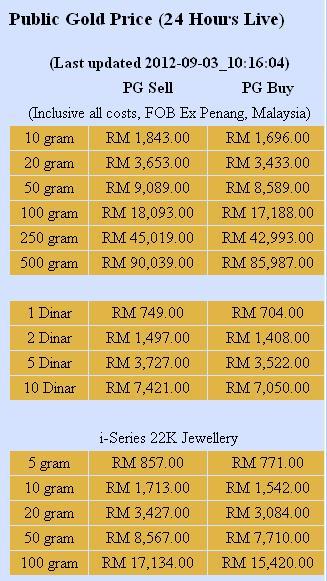 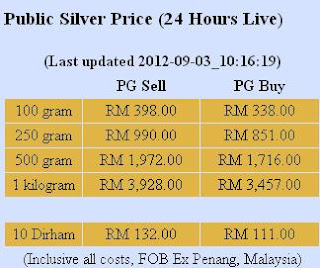 Posted by Dina Talib at 7:28 PM No comments: Links to this post